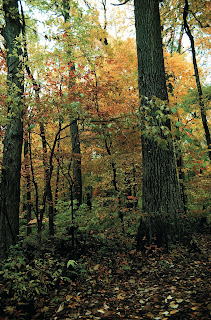 The eastern border of Illinois contained the great trees that made up the last stronghold of the eastern deciduous forest. Traces of this magnificent forest still remain in the landscape surrounding theWabash and Vermilion rivers. This division is divided into three sections: Bottomlands, Southern Uplands, and Vermilion River. The Wisconsin glacial-episode impacted the Vermilion River Section, while all three sections were influenced by the earlier Illinoian glacial episode. This division is a transition zone between forest and prairie, but lowland and upland forests dominate the landscape, containing a great diversity of trees: beech, tulip poplar, cottonwood and several species of oak—pin, overcup, cherrybark, bur, Shumard, and swamp white. The understory is a garden of spring ephemerals with a nearly continuous cover of forest vegetation. In addition to a large number of tree species, the state’s only National Wild and Scenic River is found here with several species of fish found nowhere else in the state, including the bluebreast and harlequin darters. To experience this division visit the Russell Duffen Nature Preserve in Vermillion County and Beall Woods State Park in Wabash County. 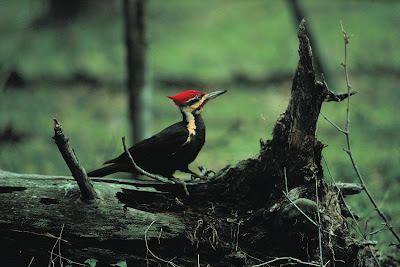