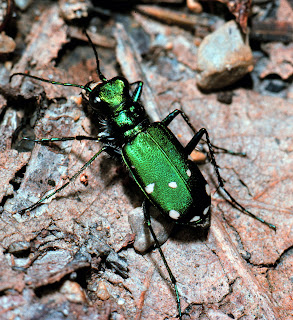 Walks along sunny paths in late spring woodlands are likely to yield a harvest of jewels. No, these cannot be collected and mounted in a ring; rather, they are emerald green tiger beetles, small but fierce denizens of the forest.

With the sun shining off its irisdescent blue-green elytra, the green tiger beetle resembles an emerald lost on a sandy path. A closer inspection usually reveals nothing—the "emerald" has flown several feet down the path.

Green tiger beetle adults are slender predatory beetles with long legs, large eyes, and thread-like antennae. Like all chewing insects they have a pair of mandibles. The tiger beetle's mandibles are sickle-shaped and very sharp pointed, with several teeth on the inner face. The name tiger beetle refers to its predaceous habits (both adults and larvae eat all kinds of insects) and to the ability of the adults to suddenly pounce on their prey.

During the summer months females will deposit their eggs in sandy soil. The eggs are deposited singly, each in a separate burrow. The larvae are whitish, S-shaped and grub-like with long curving jaws and a large hard head. The larvae prop themselves up in vertical burrows with their oddly shaped heads often plugging the entrance. They wait with open mandibles for a hapless victim, which they seize and take to the bottom of the burrow (sometimes a foot below the surface) to devour at their leisure. On the larva's 5th abdominal segment is a spine that anchors it to the side of the burrow. Thus, if a larva grabs an insect that is too large to overcome, it is anchored to the burrow and will not be pulled out.

The tiger beetle has 3 larval instars, that is, it sheds its exoskeleton three times in order to grow larger. Unlike most insects that just molt and go about their business, prior to each molt the tiger beetle larva must undertake an extra step and enlarge its burrow to accommodate its soon-to-be bulkier self. Pupation takes place in a chamber dug off the main tunnel and the entire life cycle will take up to 3 years.

For those lucky enough to catch one of these iridescent emeralds of the woods, be careful with this jewel of the beetle world for it is not merely ornamental. Tiger beetle mandibles, lethal to most small creatures, can inflict a very effective bite on unsuspecting fingers! 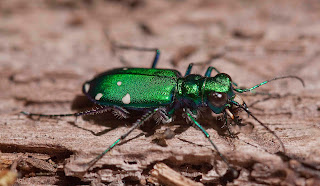 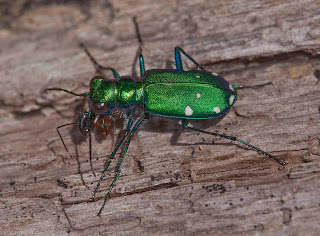 Why Natural Areas? Why Take Pictures? Why do we Care?

by Michael Jeffords
As I drive south for more than 3 hours to give a talk at Southern Illinois University for an unknown audience, assuming one shows up, I think of my spouse’s comment as I left the house. “Why are you doing this?” she said. “I thought you were going to learn to say no!” This leads to a little soul-searching (very little actually) as to what propels me to give the seemingly endless array of presentations that I do, some 1200 over the last 25 years.

The answer is quite simple really. I like it! Also, it is my way of trying to change the world, at least a little corner of it. Whatever skill I may have acquired as a photographer over the years, as well as the thousands of images I have accumulated, mostly of wild places in Illinois, must be put to some use. Now I could attempt to make a living selling images for the marketplace, but I would likely starve pursuing that avenue. I choose to use photography as a tool for education. Fortunately, I have a “day job” that allows me to do this on a regular basis—thus, my jaunt to southern Illinois.

Most of the presentations I make revolve around the central theme of “biodiversity,” the great array of life that covers our planet, and the focus is, inevitably, Illinois. People seem to want to know about 'natural Illinois.' I have found that my niche in all of this may be to recreate that intimate contact with nature that is missing from most individuals’ lives in today’s world. There is, there must be, more to life than malls, minivans, and movie theaters if we are to preserve a significant portion of the life that exists around us.

It is thought that humans have an innate urge to affiliate with other forms of life; this theory, termed “biophilia,” is eloquently described by prominent Harvard biologist E. O. Wilson. The hypothesis also states that biophilia is only partly genetic and must be nurtured from a relatively early age if it is to manifest itself in an individual. I view my role as a “biophilia facilitator” via the medium of photography. I have long since given up on the concept that humans will preserve the earth’s biodiversity based solely on its potential economic value to us. Exploitation wins out over conservation in virtually every instance. If we preserve biodiversity, we are not likely to do it for any direct benefit it may provide to us, but because we choose to, and because we like being surrounded by an endless multitude of fascinating places and organisms.

Ideally, we could take all skeptical individuals into the world’s great natural habitats—the Amazonian rainforest, the African veldt, the Great Barrier Reef— and let them experience their biodiversity firsthand. While this is sometimes possible, it is far more feasible to present images of the natural world to them in a context that says, “These organisms, these places are wonderful and are worth preserving for their own sake.” If these sites happen to be in their own region, their own state, even their own backyard, then the message becomes powerful and provides a first line for nurturing biophilia. It is my experience that the visual elegance of the natural world, no matter where it may be found, is its own best friend and can sell itself if it is given the chance.

As I look back over the last 30 years, I know why I seldom say no to groups who want talks on biodiversity. If they seek knowledge and awareness of the natural world, the least I can do is attempt to provide it. I also believe that the natural areas of the earth, of the U.S., of Illinois, and their organisms deserve to be portrayed in as favorable a light as possible. It ultimately falls on the presenter—in this case, me—to be (sorry, U.S. Army) “all that I can be” with regard to photography. It also falls on us, the citizens of Illinois, when given the opportunity for preservation over exploitation, to choose the former, each and every time.

Every program, each visit to a natural area, the individual "grains of biodiversity" encountered, might add that pivotal sand grain to a person’s psyche that tips the balance in favor of preservation, and that can only be good. Person by person, sand grain by sand grain, we just might make a difference. 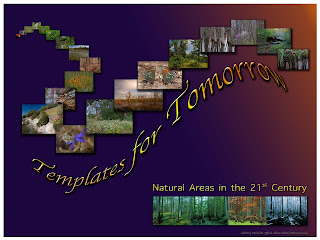 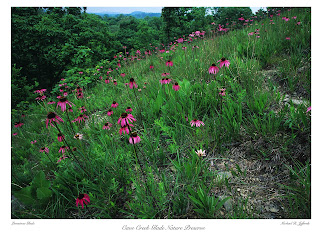 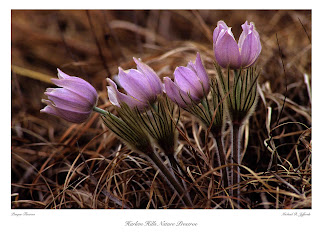 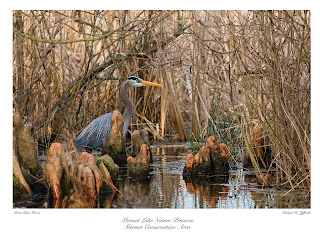 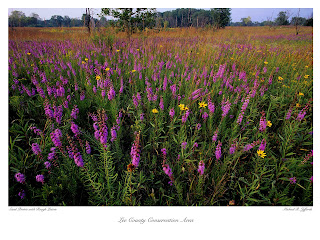 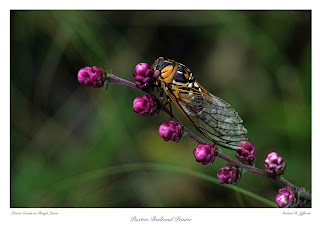 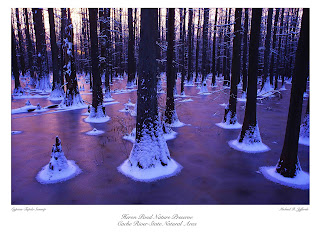 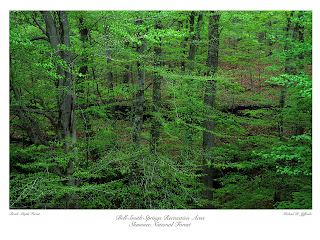 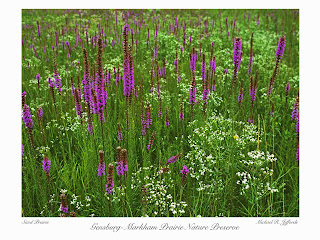 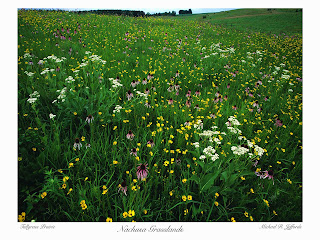 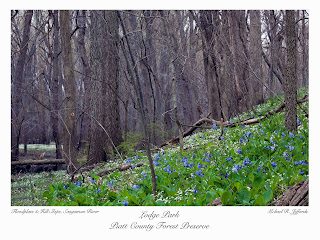 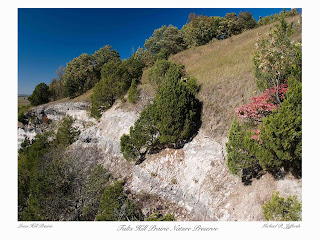 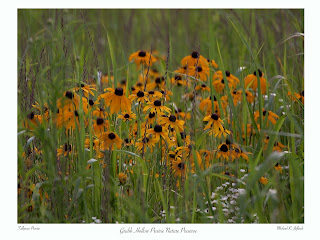 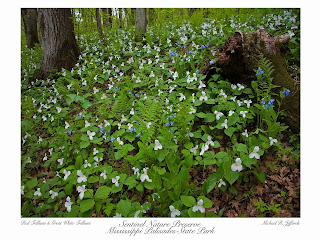 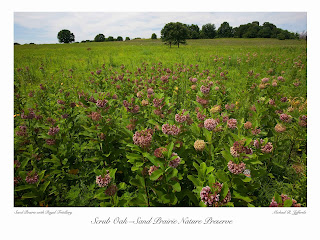 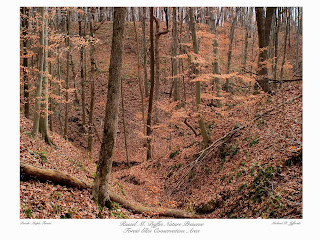 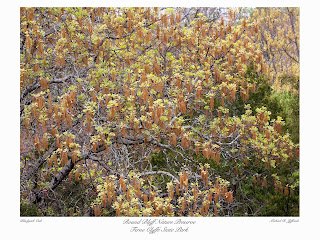 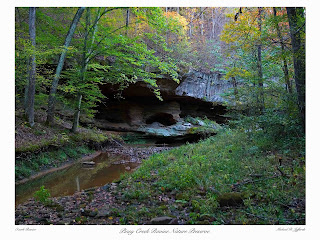 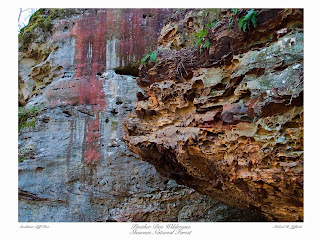 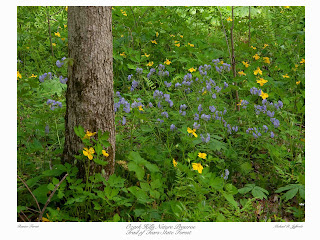 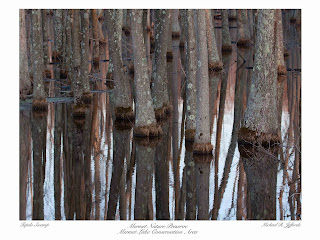 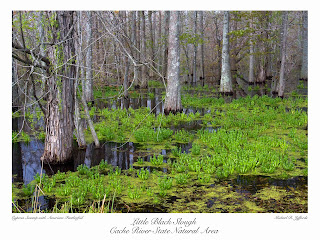 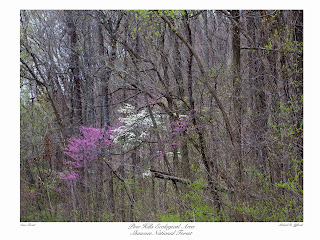 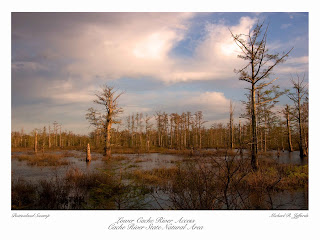 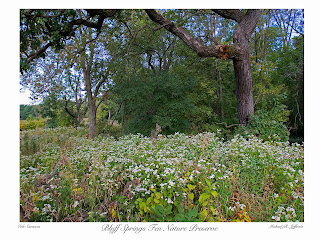