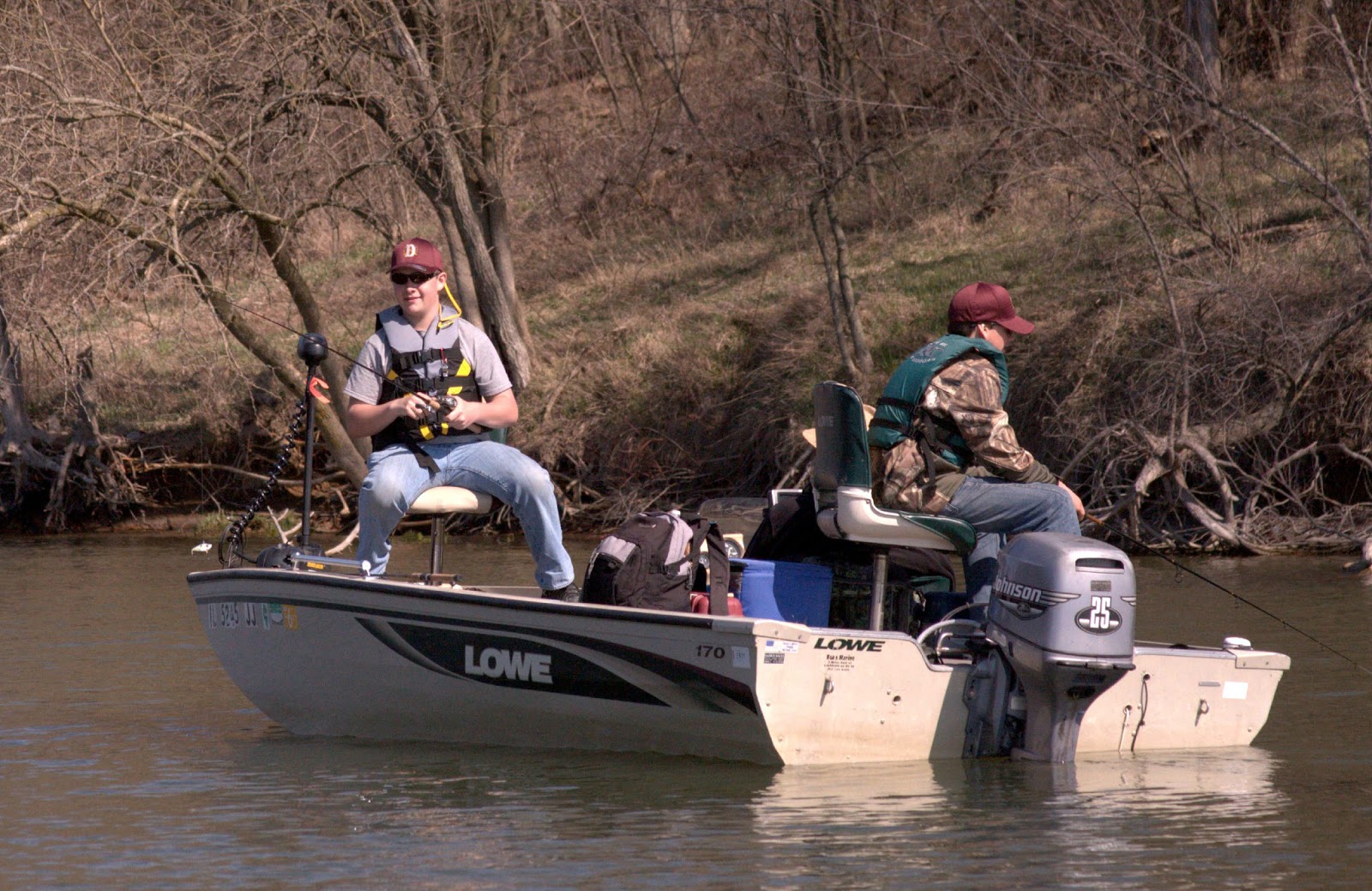 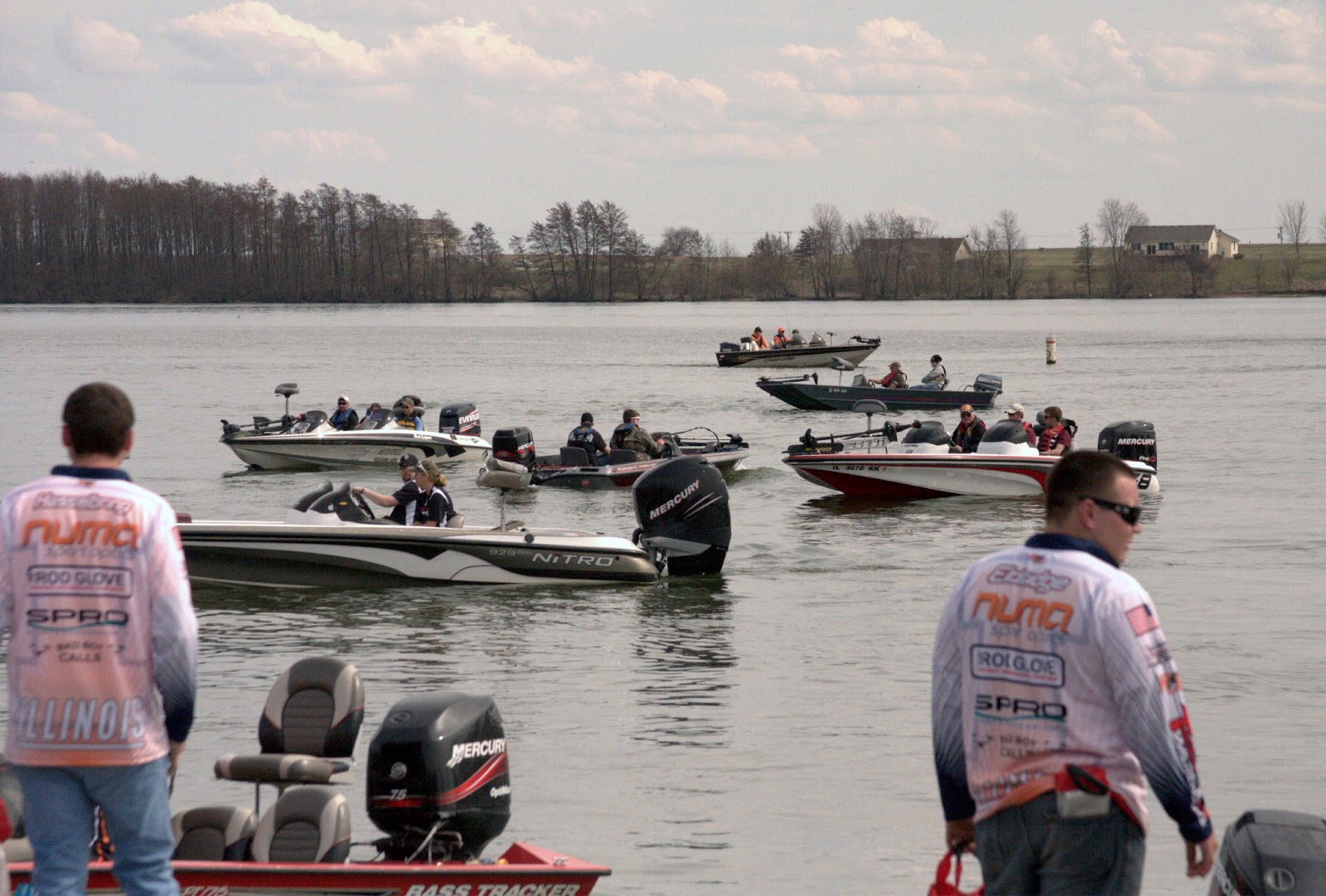 While parents, coaches, and friends gathered around to watch high school anglers show off their catch from a fishing tournament held early this week, INHS’s Sarah Zack was onsite to introduce competitors and on-lookers to simple practices that can prevent the spread of aquatic invasive species (AIS). Hosted by the Illini Bass Fishing Club, the event brought high school clubs from across Illinois to Clinton Lake on April 7 to see who could catch the most and the biggest bass. The tournament, one of few held at the high school level each year, gave INHS’s AIS outreach team an important opportunity to talk with young anglers about the threat of AIS to local waterways.


During the few hours that INHS was onsite at Clinton Lake, Sarah talked with dozens of anglers and boaters from across Illinois. Frequent announcements from the tournament emcee also reminded the audience of the negative impact AIS can have on the health of aquatic environments. Many of the people who visited the INHS booth had heard about Asian carp. But fewer people knew about the need to REMOVE, DRAIN, and DRY all equipment after a day on the water. Most were also interested in learning about a new Illinois law that makes it illegal to drive with plants or mud still clinging to boats and trailers. 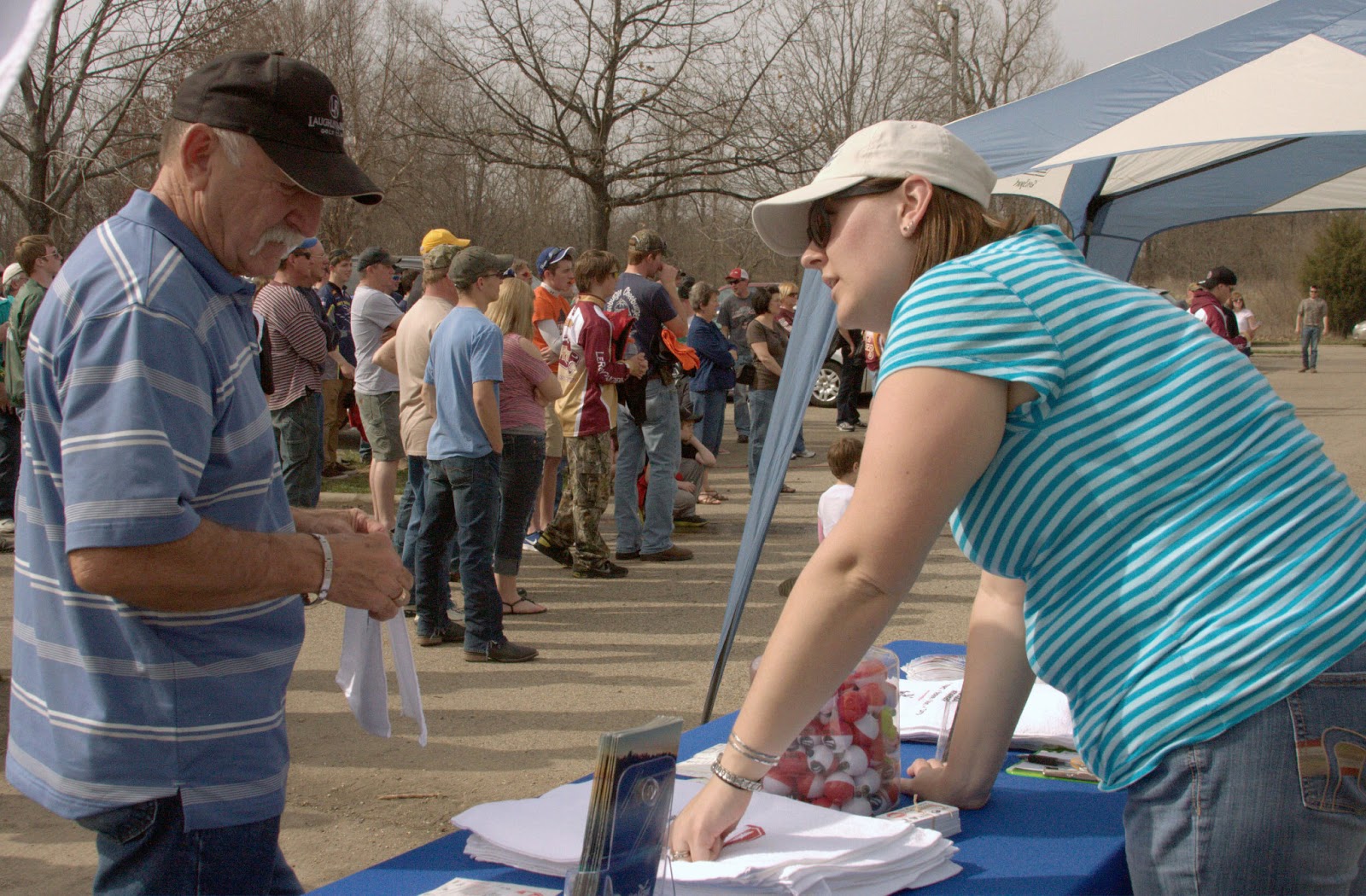 This High School Open is one of many fishing tournaments INHS’s AIS outreach team plans to attend this year in both Illinois and Indiana. This season especially, the team hopes to reach out to more amateur and semi-professional anglers with information about how they can prevent the spread of invasive species. 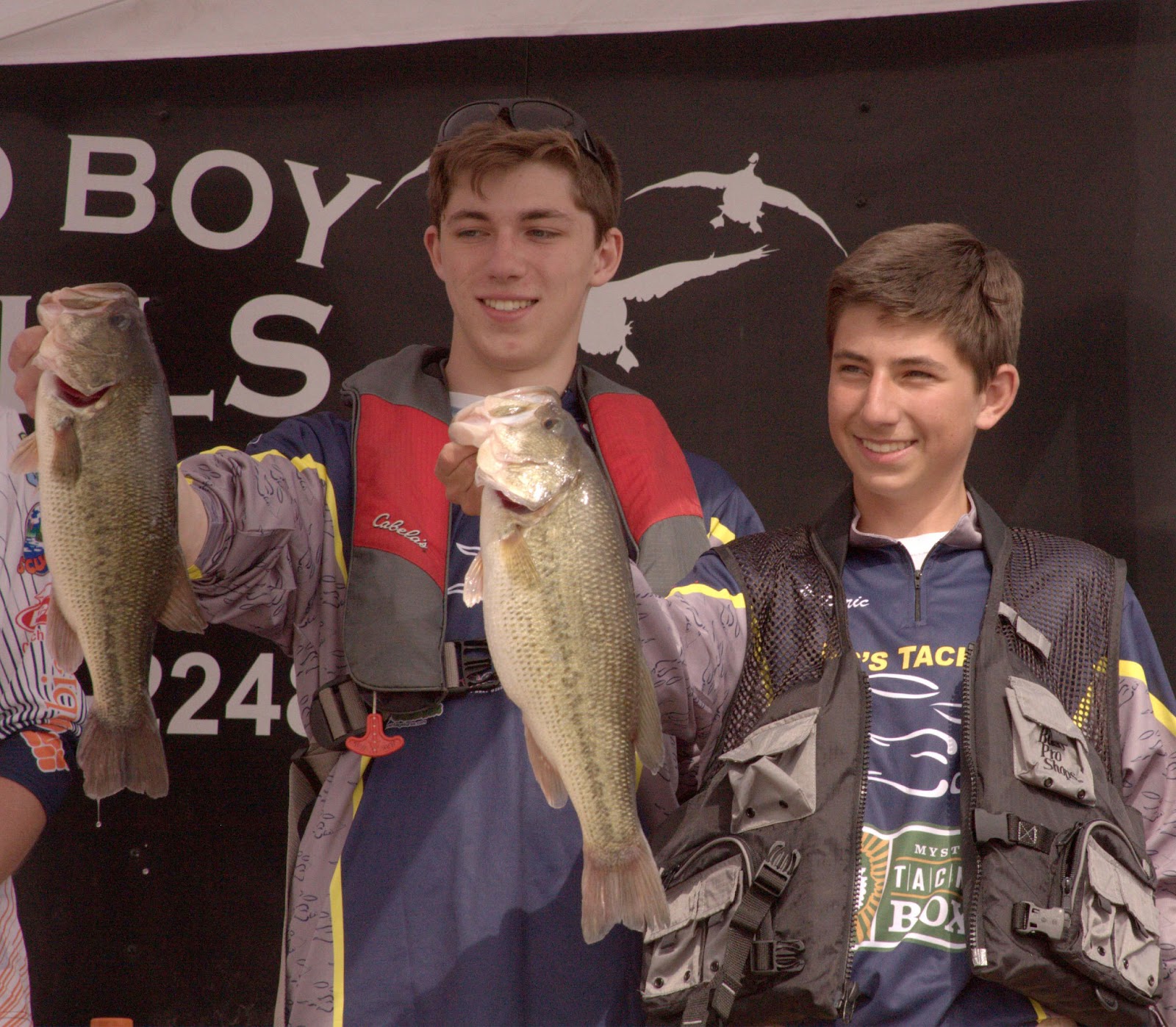 “These anglers want to make sure they’re doing their part to prevent the spread of AIS because they know that is an important part of preserving the sport of fishing for the future,” said Sarah. “It is encouraging that the message is being embraced. I was especially excited to work with the Illini Bass Fishing Club because of their commitment to AIS prevention.”

Sunday’s tournament was the second High School Open hosted by the Illini Bass Fishing Club in as many years.


“We started this because we wanted to show kids in high school that if they care about fishing enough, and work hard enough, they can take it somewhere,” said Luke Stoner, executive administrator for the club. “What we really like to see, are smiling faces and big old bass.”


This year, 134 students fought to catch the most and the biggest fish. For many of the teams, the tournament marked their first day on the water this year. But after months of casting practice and learning how to “flip and pitch” the lure to trick the bass into biting, the student anglers were prepared. Three teams brought in bags of fish weighing more than 17 lbs, and three fish came in at over 6 lbs. Their successes at this event will help students qualify to compete in sectional and state competitions slated for later this year. 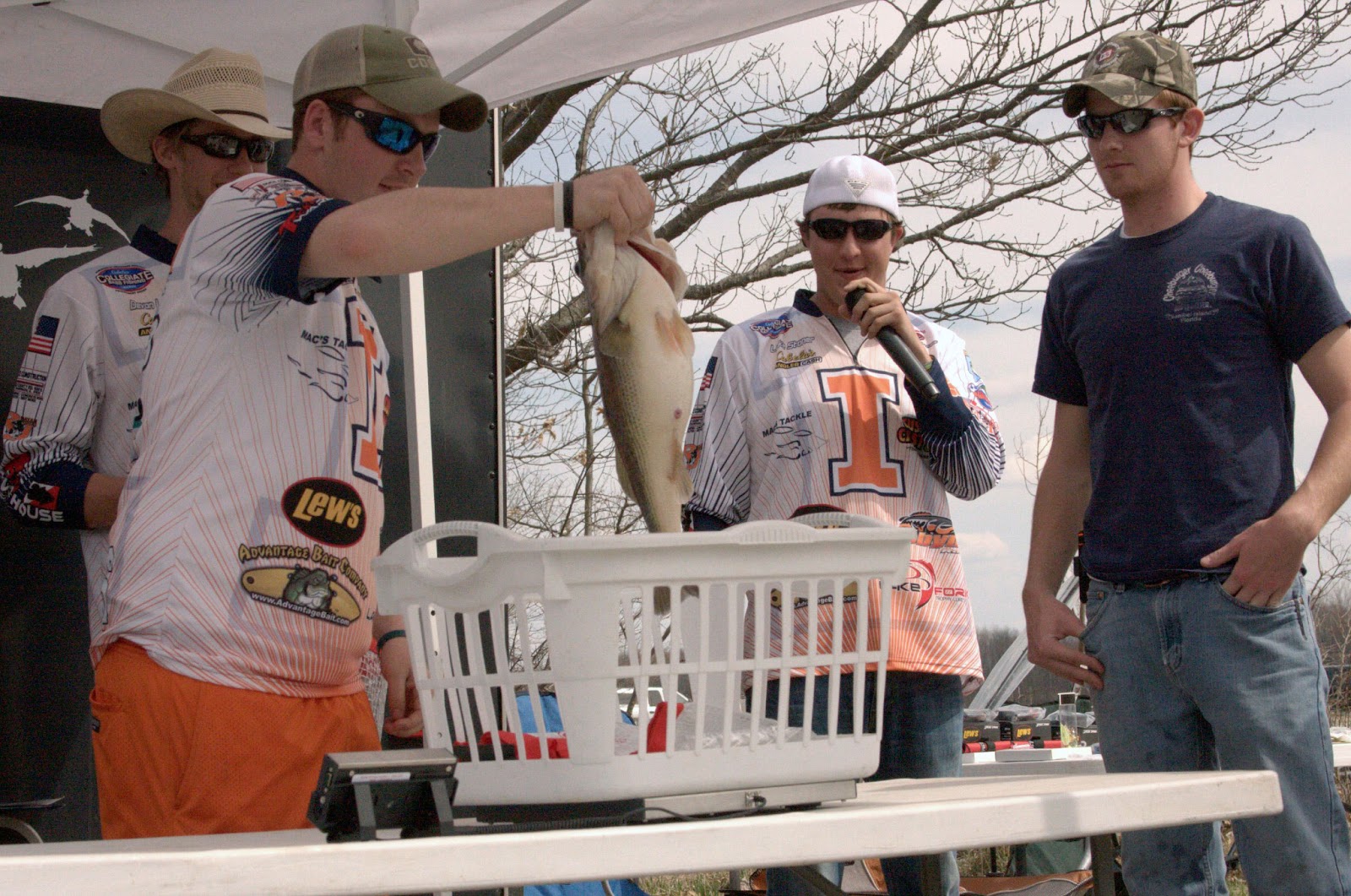 “The competition in fishing is unlike any other sport,” said Kyle Sweet, a senior at Illini Bluffs High School in Glasford, IL. “In football, for example, you only play one other team at a time. Here we are competing with 67 teams and the fish at the same time.”

For more information about how to prevent the spread of AIS, visit the website. And watch for a new public service announcement this June with how-to information on basic steps to take before leaving a marina or boat ramp.
Posted by Illinois Natural History Survey at Thursday, April 11, 2013 0 comments